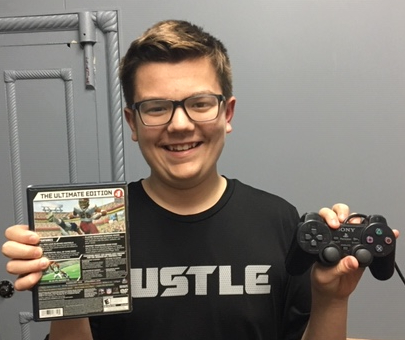 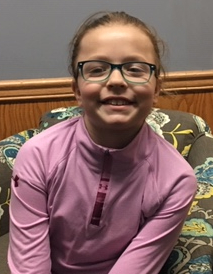 < >
Inquire About this Child

Additional Information: Michael is a great kid who wants to be adopted into a family who loves him. He's friendly, outgoing, and talkative, as well as kind to everyone he meets. Here's how Mike describes himself - he's energetic, funny, smart, a gamer, "semi-active," musical, friendly, loving, kind, and outgoing! He enjoys Tae Kwon Do, watching movies, video games, watching YouTube, going out to eat, hanging out with friends, and reading - almost anything but sitting around at home doing nothing! He can sing well and enjoys rapping. His younger sister, Lily is funny, smart, and active. She likes softball (specifically, catching), basketball, swimming, playing Capture the Flag, being outside, nature, riding a bike, doing activities, singing and music, and arts and crafts, anything that's not too "girly." Michael likes science in school, and wants to go to college following high school. Lily wants to join the Air Force after attending college. Both Lily and Michael hope to have his or her own family when they become adults. Michael would love to be adopted. He would prefer to live with a family who lives in a city environment, in town as opposed to in the country. Michael has said that he would like to be adopted into a family with a mom and dad who are funny and nice. His sister echos the wish to be adopted someday. Mike and Lily would both like to be adopted into a family with siblings around their age, and would do well in a home with other children. They both love animals and would love to live in a home with pets. While the hope is for Michael and Lily to be adopted together, they have two other siblings with whom they are very connected. They currently visit their two older siblings twice a month and need to continue to maintain contact. Michael also has two supervised visits with his dad each year, which will need to be maintained as well. Michael - born in 2005, Lily - born in 2008

Foster to Forever: CAP Challenge for the 125 Thousand