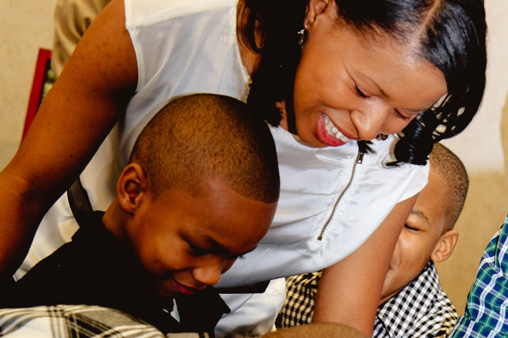 While employed with Children Awaiting Parents (CAP) I learned a lot about the children in foster care and the need for more adoptive parents.

It broke my heart and I was determined to find forever families for children whose life experiences were far more challenging than anything I could ever imagine. I remember feeling like I wasn’t doing enough. I wanted to make more of a difference. I started mentoring foster children, but still felt like it wasn’t enough. It was during that time that I realized that my heart was wide open and that I could love someone else’s child as unconditionally as my own.

Already a single mother of one child we started our journey to grow our family. Seven years ago, with the help of Children Awaiting Parents,  I was able to identify my first son that I adopted, a child with a strong desire to be accepted and loved.  He was 6 years old and had been moved to six different foster homes in his brief life.

After we were all settled and adjusted my boys and I talked about extending our family again. We started the search process and stumbled across a young man from Louisiana who had similar strengths and needs as my first adopted son. When we agreed to move forward we were matched with him.  Shortly thereafter I learned that he had a younger brother who was also in need of a forever family. How tragic it would be to separate siblings!  I was not looking for a sibling group at that time, but we were already emotionally attached and claiming the older brother and couldn’t walk away. I met the younger brother and he melted my heart with his southern accent and charm. I knew then that this was a blessing not just for my boys, but for me also. My boys have changed my life for the better and I wouldn’t turn back the time for anything in the world.

The two younger boys were adopted in Family Court on National Adoption Day, November 22, with the entire CAP staff there to celebrate with us.

Judging from the smiles on their faces and the sounds of laughter that fills my home, it only confirms that I made the right choice because WE are HAPPY….