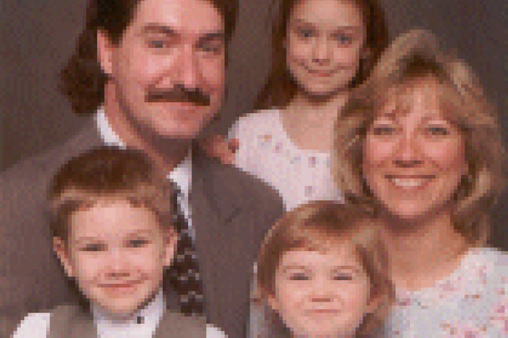 Larry wanted at age 13: to go home from school, do homework, play sports and hang out with friends.

"I grew up young," he starts, "I knew how to do things when I was 8, 9 years old that kids probably don't think about at those ages." When he was adopted, things changed.

Finding a good fit; feeling comfortable; a sense of belonging, having a family to impact and by whom to be impacted: Larry Kelley searched for all of these things and found them in one person. That person found Larry in The CAP Book.

Adopted by a single parent at age 13, Larry admits that he was nervous at first. "What's he like? What's this going to be like? Where is this all going? Is this the right thing? Am I making a good decision here?" Larry spent just under two years in foster care. "I was helping someone else's family, and they were there to provide a good home; it was a deal." Larry didn't feel the right sense of family that he craved. At 13, Larry needed guidance; someone to lead him from adolescence into adulthood; someone to instill solid values in his heart that he could carry with him when he was ready to marry and start a family of his own.

"I became excited. When I looked at my dad... well... all the kids in school called him Mr. Cleaver. And he fit the part: Beaver's dad, all the way. It was exciting that I would get to go home, do homework, and just be a kid. That's the kind of life that I think every kid should have. It was a big switch, going from one world to another. It wasn't the easiest thing, for my dad, to get the old stuff out of me. But in the end, it was great, and I was happy to be there."

Larry's father went on to adopt another son, and cared for three foster children as well. When asked about his feelings for the growing family, Larry responds, "It wasn't about me. My dad was always giving in that way- he was always very involved with different agencies in the area. Seeing that made me realize that it wasn't about me: it was about helping someone else...it made me want to give back."

Larry's father had such an impact on him that it became apparent early on in Larry and his wife Jeannine's relationship that they would one day adopt. "I felt very blessed that someone took me in, took this rough kid and turned him into someone who's a decent person."

"We want to have the same affect on a child," Jeannine says, "we want our family to be an example and impact a child the way Larry's father impacted him." Larry reflects, "going back to where I came from, leading a tough life, growing up young, I don't think I ever would have made it to where I am today without the morals, values, and ideals of a future that my father instilled in me. That made a huge difference for me, and now, for all of us."