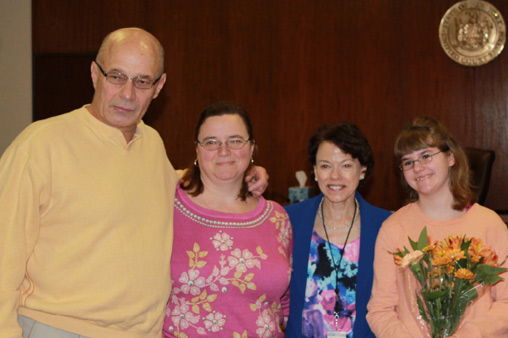 Jim and Dorothea did not have children, but felt drawn to foster care adoption.

The couple relied on the staff at Children Awaiting Parents for help and support as they navigated the system. During the process they saw a picture that caught their attention. Lacy was 12 years old and lived in Nevada. After completing their adoption requirements they went to visit the young lady.

“The moment I saw her I knew she was cominghome with us,” said Jim. She stole their hearts, and  on October 16, 2013 Lacy’s adoption was finalized  and she officially became their daughter. But the court  date was only a formality: she truly had become  a member of their family the moment they met.  “It has turned out better than we expected,”  said proud Dad, Jim.